WHAT THEY SAY ABOUT US

All About Baseboards
4.6
Based on 26 reviews

Dayani M.
15:18 20 Jan 22
DO YOURSELF A FAVOR AND DO NOT HIRE THISBUSINESS!!! Save your money and hire a REALprofessional, this company is a JOKE!! They're informal,not professional and their job is very messy. I'mremodeling my house and everything is new, I haveeverything in the house covered so nobody in the housecan use my brand new toilets and vanities. Carlos had the NERVE to use my toilet not once but MULTIPLE times, completely disregarding the fact that they were coveredWhere do I start? EVERYTHING went wrong with thisbusiness, if you can even call them that. I hired them toinstall baseboards, casing, doors and frames which was a pretty big and expensive job by the way, the point is, they were supposed to finish the job on July 5th, that never happened, I got a call from them telling me first there were no baseboards, then, they told me there was no wood for the frames of the doors (I payed for pre-hunged doors???) aren't they supposed to come with the frames from the manufacturer? I was confused, turns out that the owner Carlos buys only the door slab and then takes them somewhere else to mount the frame into the door (cheaper option) on top of everything he made the framesof my doors out of baseboards, what kind of thing isthat?? I finally thought I was going to be done and theywere going to do the job, NO, the owners Carlos and Veratook a 1 week vacation on MY time knowing perfectly Iwas waiting for them to move into my house, I had to waituntil they came back from vacation to do the job. After hefinally started the job, he left it unfinished because he hadto take one of the doors to get it cut which he took 3 fulldays to go pick up the door from my house and then ittook 3 more days for it to come back from where theywere cutting it. They finally finished the job today, onewhole month later after what we had agreed, when I wentto pay him, I noticed there were $100 that said that saidreconstruction of door? When I asked him he said it was 2pieces of wood he has placed on the sides of the frontdoor, when I asked him why he didn't mention there wasa charge for that BEFORE doing it, he said he forgot tomention it and just did it! I was very upset, what kind of"business" doesn't tell the client the price before doingsomething?? This is RIDICULOUS. The wife Vera is veryrude and Carlos is very sloppy and veryUNPROFESSIONAL!! I wish I would give them O stars!!

William Amaro
01:14 16 Nov 21
I'm not a review guy myself, but I was so impressed with this company that I found myself on a gratitude debt. First of all Carlos came to my house and gave me a free estimate and took a lot of time to explain me each single detail asked him. Then Vera at the office did all coordination to make it happen according to my needs and remodeling schedule. Finally my doors and baseboards installation looked like a millionaire home installation!!!! Thank you guys for sur a professional and beautiful job!!!!!!

Rocky A
23:50 31 Aug 21
We had a bad experience. The didnt show up when they were scheduled and were unprofessional .The woman in the office gives one price then the husband changes it and complained about the size of the job. unprofessional. The did eventually show up and we are not happy with the work.They responded to this review but its hard to make out what they are trying to say since the owners of the company have a 3rd grade education.Read the real reviews on Yelp. These are fake

For your home, kitchen and bathroom renovations, our qualified team is here to make sure you get the greatest upgrades and options.
To get started, homeowners can call 786-313-3006 and ask for a free in-home estimate. 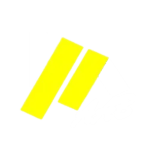 © Copyrights 2022 All About Baseboard. All rights reserved | Web Design by One Color Prints